Can we manage diabetes without medicines? - Dr Milind Patil

So coming back to the question - answer stands NO. Some will argue with it and will say that only diet modification and exercise are the way to treat diabetes. The role at diet and exercise is very important in the patient with diabetes“ They are the first line of treatment in diabetes no doubt. But they are not sufficient to manage diabetes. This happens because diabetes is progressive and with time, majority of patients require multiple medicines including insulin. So diet modification and exercise are must for diabetes management but they are not substitute to medicines.

When we prescribe the medicines patient had few of the following misconceptions.

They can damage your kidney.

insulin should not be used'during pregnancy.

Increasing the number of diabetes medicines is not good for health.

If I don't have any symptoms I don't need any treatment.

The fact is that none of the diabetes medicine is addictive nor they damage the kidney. Insulin is one way of treating diabetes in pregnancy and it is safe. A timely increase tablets results in the good control of diabetes and we can prevent long term complications. High sugar in the blood will not always have any symptoms hence diabetes is also known as "silent killer".
The advertisement in teleshopping programs mislead the general public. Most of these advertisements will show some actors saying that their life was worst with diabetes due to English medicines. Few will claim that alternative therapy can cure diabetes. Well none of this products are tested scientifically. On the contrary every diabetes medicine prescribed by us had undergone through rigorous clinical trials.
So that it should be clear that diabetes can't be managed without medicine. At the same time we should be aware that no medicine comes without side effects but if we compare side effects of medicine to side effects of disease it is always beneficial to take medicines. Few people believe that doctors write medicines only for The Perks from pharma company or to attend conferences held abroad. Well, there are many regulatory authorities who keep eye on pharma company and doctors. So at least we are sure that no doctor write any medicine unnecessarily.
It is common sense that no disease on the earth can be managed without remedy. Still, patient often ask such question. It is because people get frustrated with diabetes in chronic illness like diabetes, people are in search of miracle and magic. It would have been very good to have magic and miracle in Science but in reality, disease management works on logic and not magic. 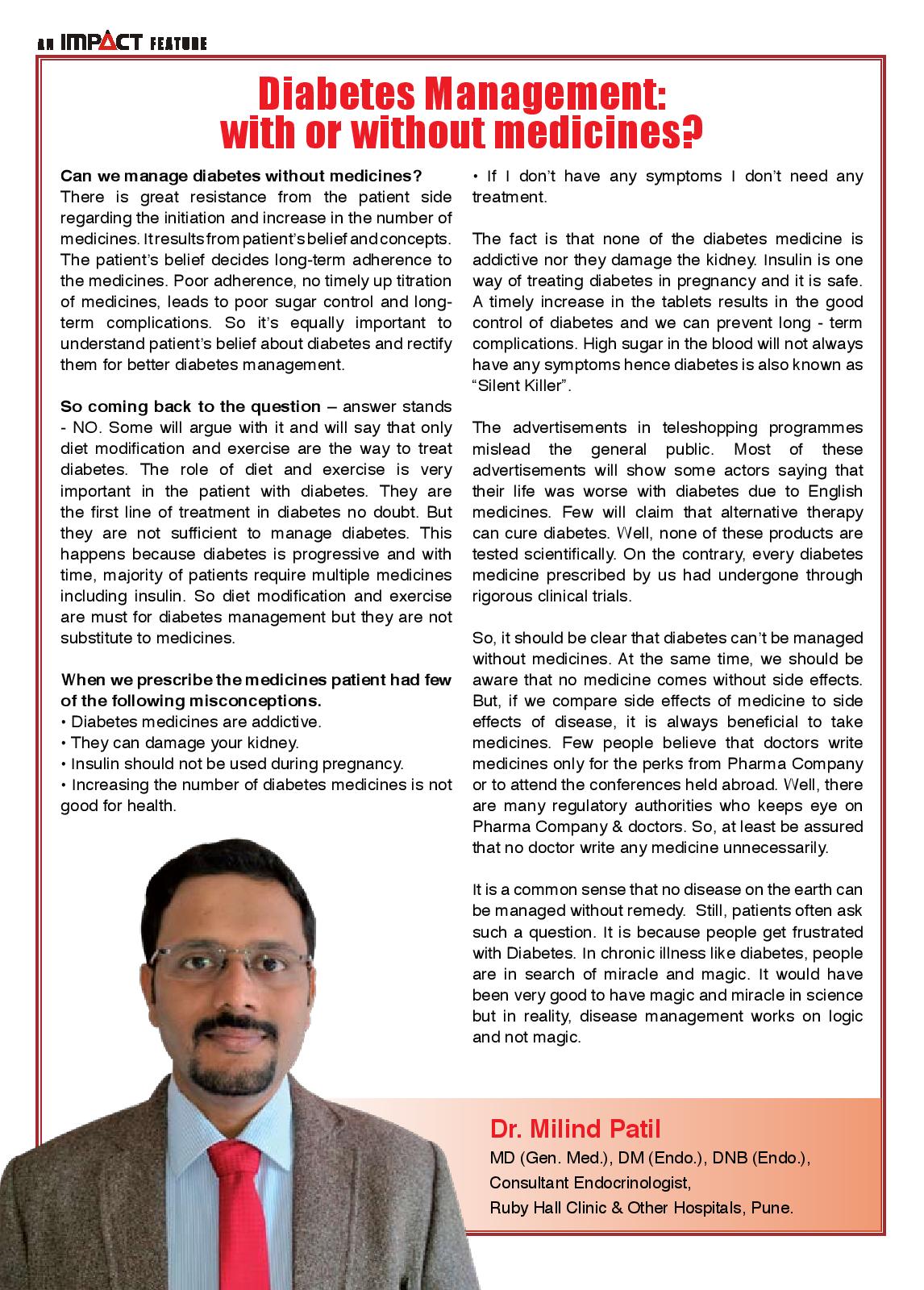